Apartheid survivors through the lens

Stellenbosch University’s Chair for Historical Trauma and Transformation is currently hosting an online exhibition of photographs by Noncedo Gxekwa and Botswele Mogotlane titled Through the eyes of survivors of apartheid. The exhibition is based on stories from the book These are the things that sit with us. Johan Myburg shares his impressions of the exhibition itself, and of a webinar coinciding with its launch.

This review first appeared on the LitNet site in Afrikaans on 15 October 2020: https://www.litnet.co.za/oorlewendes-van-apartheid-deur-die-lens/

“This is the kind of exhibition we would have loved to have in our museum,” says Stellenbosch University (SU) Museum director Bongani Mgijima about Through the eyes of survivors of apartheid, an online exhibition of photographs by Noncedo Gxekwa and Botswele Mogotlane.

The 29 individuals featured in the photographs on display participated in a research project that was initiated by SU’s Chair for Historical Trauma and Transformation, headed by Pumla Gobodo-Madikizela, along with the Institute for Justice and Reconciliation (IJR), in 2016. The research participants were asked to tell their stories of violent and painful experiences during apartheid, each in their own manner and language. In 2019, these narratives were collated in the book These are the things that sit with us – recounting the stories in English, Afrikaans and isiXhosa, the languages the storytellers had used. 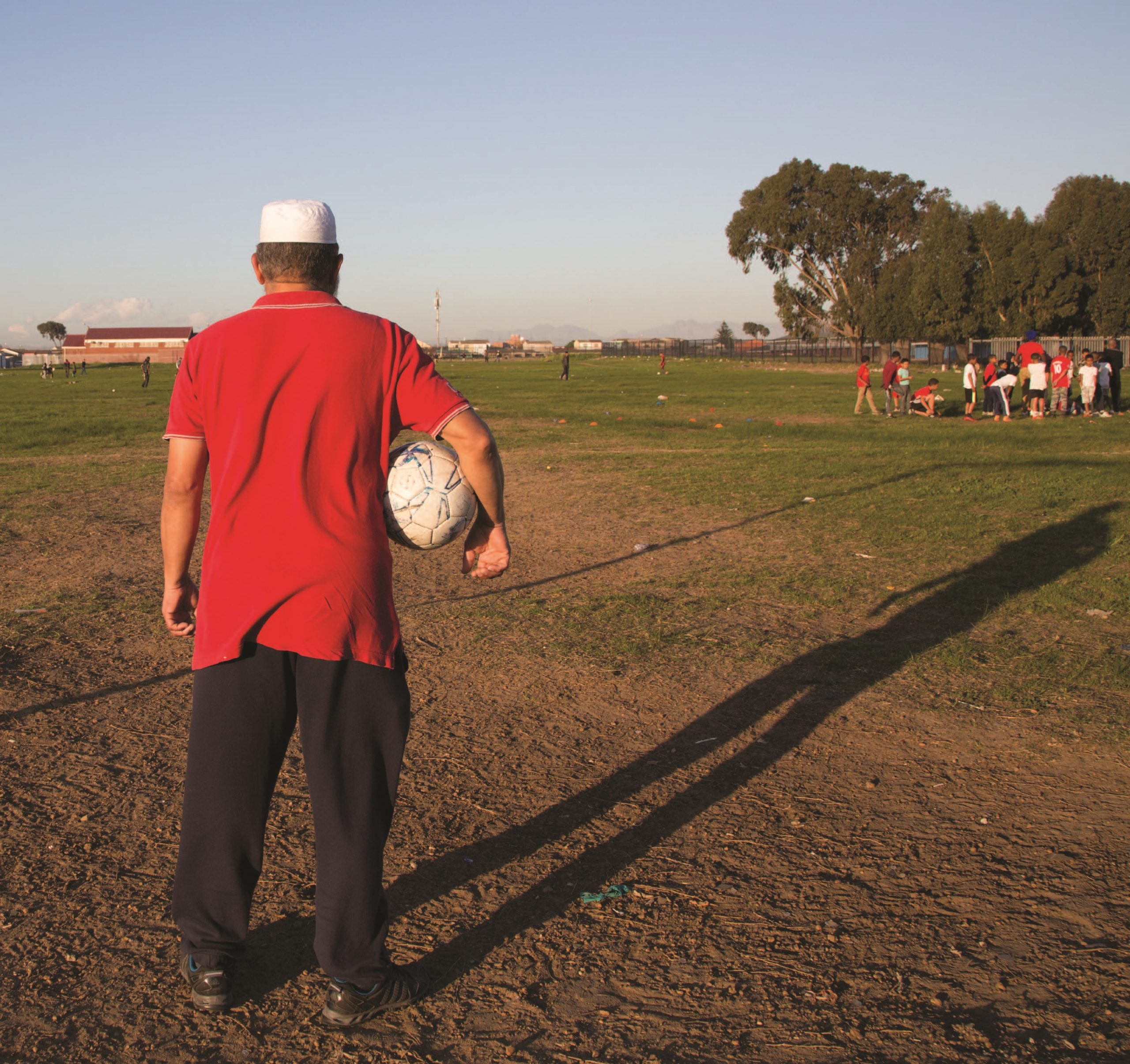 Mgijima was one of the participants in a webinar hosted on 30 September, which coincided with the launch of both the photo exhibition and the Chair’s new website. The website, called “Through the eyes of survivors of apartheid: Life despite pain and suffering”, is meant as a repository of narratives such as those contained in These are the things that sit with us.

The collection of pictures portraying the storytellers were curated for the exhibition by Marietjie Oelofsen, one of the researchers associated with the Chair for Historical Trauma and Transformation. What captivated him most about these photographs, said Mgijima, was that they embodied ordinary people’s “lived experiences”.

Traditionally, museums are concerned with the stories of the famous and the well-known, and are mostly object-orientated. “But this exhibition is about the stories of people who, apart from their narratives, own very little else,” Mgijima said, quoting the words of Ellen Kuzwayo in her Sit down and listen (1990): “[I]n black communities of South Africa perhaps we remember our stories for a little longer than other people do. After all, for so many years now, we have owned our stories while owning so little else.”

In addition, Mgijima said, the pictures of these ordinary people, who had not previously been seen as part of a dominant narrative, lent legitimacy to private experiences, suggesting that “my life also matters”. Moreover, he continued, the photographs confirmed that these stories in themselves represented history, while the lived experiences they portray paved the way for others also to start telling their stories over time.

Photographer Noncedo Gxekwa was equally struck by the significance of people’s ownership of their private experiences, and how this was expressed in their stories. To her, photography is ultimately a way of obtaining access to otherwise hidden or concealed parts of people’s lives and experiences.

Cape Town-based Gxekwa was recently named the official documenter of the 2020 Social Impact Arts Prize, a new South African accolade intended to recognise art that has a notable impact on individuals and, particularly, communities.

When words fail, fellow photographer Botswele Mogotlane too has always relied on his camera lens to do the talking, using photography as a way to tell stories. He firmly believes that photographs can be used as a vehicle to make a difference in people’s lives. 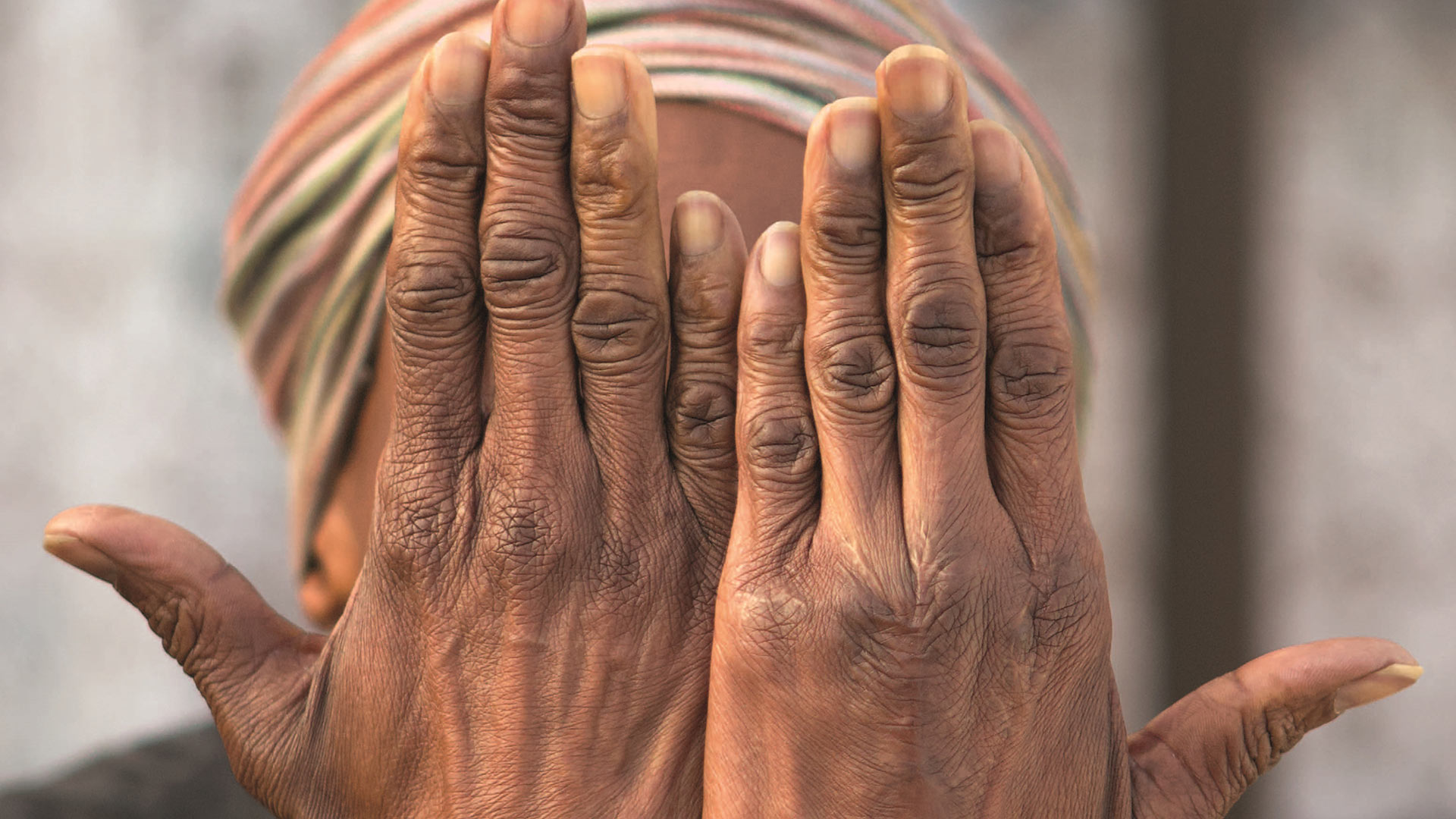 One could easily assume that, through their photographs, Gxekwa and Mogotlane were simply concerned with putting a face to each storyteller and illustrating their respective stories. But on closer inspection, one soon realises that the pictures are much more than illustrative. In fact, they become parallel stories in themselves, to be “read” as one would read a written narrative. Allowing the camera lens to do the talking, as Mogotlane said, these varied portraits independently tell the stories of where these individuals are now, of the environment they live in, and of how they have made sense of their own lives and, in many instances, have given meaning to the lives of others.

Take, for instance, Yusuf Hassiem, whom the viewer never gets to look squarely in the eyes. This was done intentionally to allow the viewer to look through his eyes instead. In his story, Hassiem recalls a day in 1976 when a group of boys charged across an open field in Bonteheuwel, running from the police. One was shot dead. In Gxekwa’s photograph, Hassiem is pictured standing with his back to the camera, holding a soccer ball under his arm, again at an open field. This time, though, a group of boys are playing nearby, as it should be.

Of Kholeka Klaas, in turn, Mogotlane offers the viewer only a couple of fairly close-up shots, showing Kholeka in conversation against a backdrop that – as opposed to Hassiem’s pictures, for instance – reveals no further context, but, instead, contributes to the colour and composition of the photographs. Yet Klaas’s lively facial expressions speak volumes. Mogotlane’s photograph of Klaas shielding her face with her beautiful hands invites the viewer to “read” her emotions as one would read a story.

In this regard, Sakiru Adebayo and Manosa Nthunya, two academics from Wits who joined the webinar, remarked as follows in their article on the exhibition: “Apart from putting faces to the stories, they [the photographs] enable the readers to see – not only read – their stories up close. Put differently, they humanise the survivors. And, just as the people telling the stories, their photos also tell stories about the past – they serve as visual testimony, a spectral evidence to (the presence of) the past.”

It is this quality of attesting to the past while still speaking to viewers in the present that Mgijima emphasised when he said that this kind of exhibition, which portrays people’s lived experiences, served to unlock the conversation for younger generations, who had not experienced apartheid first-hand.

“I’m not old enough to have personally experienced apartheid,” Mogotlane admitted. “I’m part of a second generation who can only look back and witness how it has prejudiced previous generations. Nevertheless, I have [in this way] experienced something of the aftereffect of institutionalised injustice.”

A follow-up project, which is meant as a sequel to the photo exhibition, reveals just how important intergenerational trauma is to the Chair for Historical Trauma and Transformation. Planned to culminate in an online exhibition of its own, the project invites SU’s third-year visual arts students to use their art to engage with the narratives in These are the things that sit with us. More specifically, their brief is to create an abstract drawing as a personal response to one of the stories, and to expand it into an animation.

Just as the photographs were not mere illustrations, students have been asked to guard against mere representation, and to offer their personal interpretation instead. This online exhibition is scheduled to be launched on the Chair’s website towards the end of November.

The photo project took care not to re-expose the storytellers to trauma. Therefore, the 29 individuals’ involvement and cooperation, or collaboration, were key from the outset. Although the photographers were free to get the shots they wanted, the storytellers were afforded the opportunity to select the pictures they wished to be included in the exhibition.

These Are the Things That Sit With Us, edited by Pumla Gobodo-Madikizela, Friederike Bubenzer, and Marietjie Oelofsen

A PROJECT OF STUDIES IN HISTORICAL TRAUMA AND TRANSFORMATION, STELLENBOSCH UNIVERSITY

We're not around right now. But you can send us an email and we'll get back to you, asap.