A response
to the story of Sonwabo Fassie, Can we sing for you, baas?

Listen to his story

‘Initially I just felt sad and hurt for him. Frustrated at the idea that someone had been forced out of their homes and treated that way. I felt hurt and annoyed at the way some whit people would view people of colour. I also felt slightly distant because I don’t think that I could ever fully understand the feeling because I was not there at that time. When reading the story, I tried putting myself in his shoes and tried to imagine how it would feel being forced to run away from my home because it being too unsafe.’

A PROJECT OF STUDIES IN HISTORICAL TRAUMA AND TRANSFORMATION, STELLENBOSCH UNIVERSITY

We're not around right now. But you can send us an email and we'll get back to you, asap. 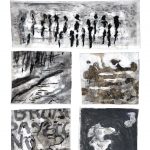 Kelsey Lee Manners Dickson: a response to the story of Nicolas MsiziStudent Responses 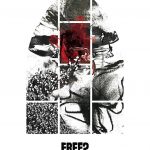 Edward Musakwa: a response to the story of Fachmieda YoungStudent Responses